Jetset at NBAA 2013 | Awards, Announcements and a Big Anniversary Steal the Show 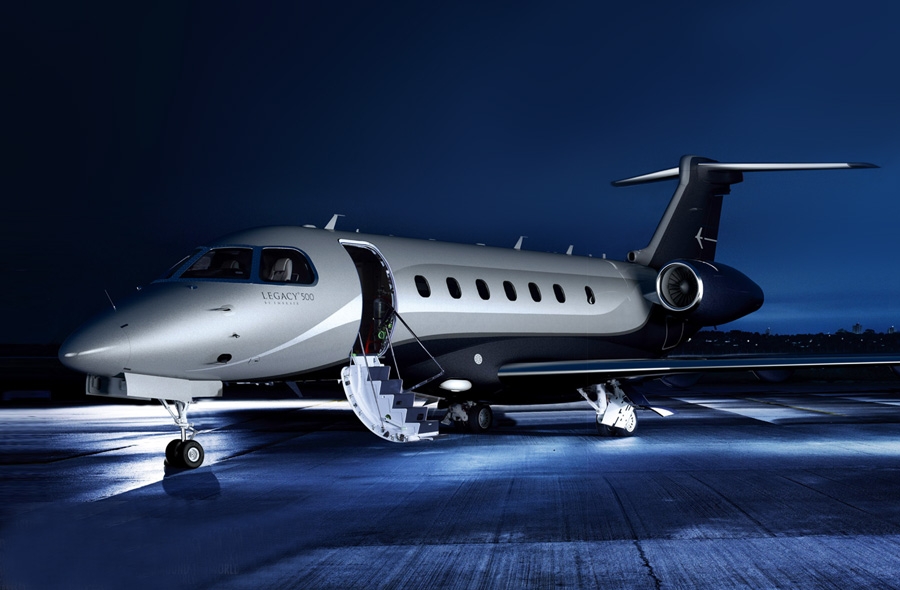 The National Business Aviation Association’s 66th annual convention was held in Las Vegas in October, and, as expected, it played host to a veritable “who’s who” of the aerospace community.

As always, Jetset was in attendance to survey the over 1,100 exhibitors that flooded the Las Vegas Convention Center — as well as the 83 fixed-wing aircraft on display at Henderson Executive Airport — in order to assess the future of the business aviation world. Walking the floor at NBAA 2013, you could sense the excitement in the air, and the following are the most pertinent highlights from what turned out to be a most eventful weekend.

Actor and lifelong pilot Harrison Ford says he was “humbled” to receive the Al Ueltschi Humanitarian Award for his continued efforts in aviation advocacy. And Ford wasn’t the only international cinematic icon making headlines at NBAA 2013. During their press conference, Embraer Executive Jets broke major news with the announcement that world-renowned action star and philanthropist Jackie Chan (who has been flying on a Legacy 650 for years) would be the first customer to own one of their sleek Legacy 500 executive jets in China.

Turkish Airlines, which has been awarded ‘Best Business Class Catering’ at the 2013 Skytrax World Airline Awards, has completely renewed its on-board catering concept in a bid to offer its guests a unique travel experience.

“We are honored that (Jackie) has chosen the Legacy 500 to serve him in the shorter range requirements of his business development, as well as his tireless charitable endeavors in China, Asia and around the world.”– Ernest Edwards, Embraer Executive Jets President

Of the deal, Embraer’s President Ernest Edwards says, “We are honored that (Jackie) has chosen the Legacy 500 to serve him in the shorter range requirements of his business development, as well as his tireless charitable endeavors in China, Asia and around the world.” Although not quite the largest, the Legacy 500 was perhaps the most impressive aircraft on display at NBAA 2013, and the first midsize business jet to feature full Fly-By-Wire technology. Other standout features include a best-in-class. six-foot. flat-floor cabin, a 3,000 nautical mile range, and, as Chan himself remarked, decidedly futuristic styling.

Beechcraft had one of the more notable displays of the convention, showcasing eight different aircraft from its extensive commercial and defense portfolio, including the King Air 250, the record-setting King Air 350 ER, the C90 GTX, and the 350i (which was the centerpiece of a special exhibit at Henderson). Beechcraft also made major waves when they announced a massive partnership with Wheels Up Aviation, whose estimated $1.4 billion order of 105 King Air 350i’s constitutes the largest general aviation propeller aircraft order in history.

Cessna Aircraft’s strong showing at the convention demonstrated a concerted company refocus, with CEO Scott Ernest announcing that the company was “making good progress” on some very promising development programs, such as the beautiful new Citation Latitude and Longitude. Hopefully the presentation gave just a glimpse of what’s in store for the company. Meanwhile, American Eurocopter showed off an impressive array of rotorcraft and, like Cessna, had a strong overall presence throughout the show. The corporate Eurocopter EC145 was especially stunning, and the company’s press conference was capped with the major announcement that Corporate Helicopters of San Diego would receive the gorgeous new EC145, which had a show-stopping display at Henderson.

Last, but certainly not least, Bombardier — the world’s largest business aircraft manufacturer — was omnipresent, as expected. Their weekend was primarily focused around the celebration of an important aviation milestone: the 50th anniversary of their iconic Learjet aircraft. The original Learjet, the 23, was proudly on display (along with the 75 and 85, Challenger 300 and 605, and Global 600 jets). In the pristine condition it was in at Henderson that weekend, the legendary 23 was truly an awesome sight to behold, and one of the most memorable moments from an extremely exciting weekend in the world of private aviation.