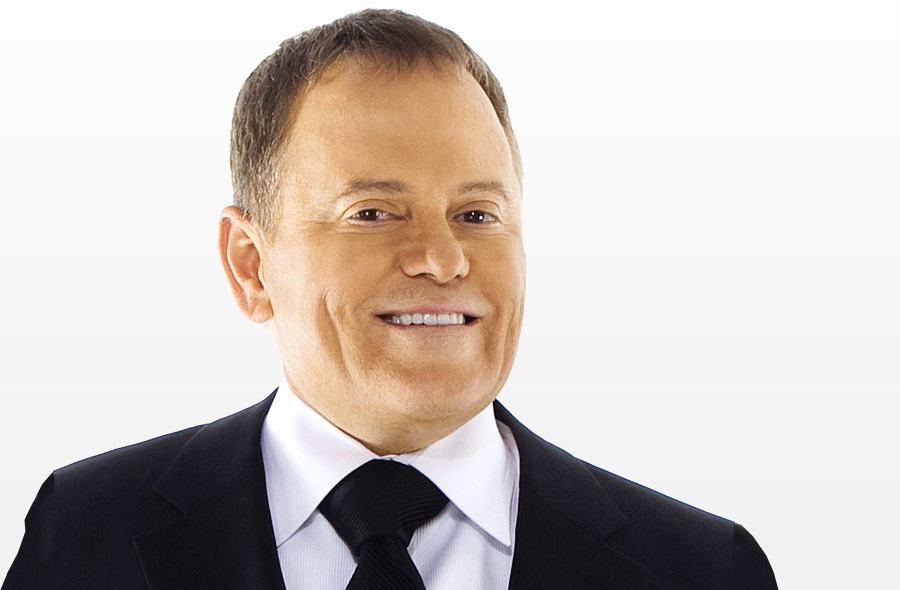 Bob Parsons is not your typical CEO. I am reminded of this as I walk into his Scottsdale office. Littering the walls is an assortment of macho memorabilia — replica motorcycles, a Full Metal Jacket poster, what looks an awful lot like a buffalo helmet — but as we sit down, over his shoulder I notice the room’s most impressive decoration: a collection of Parsons’ many medals from his service in Vietnam.

Most people know him as the brash, outspoken founder of GoDaddy (a prominent fixture in all those lubricious Super Bowl ads), but fewer know him as a decorated war veteran, a Purple Heart recipient who went from being “poor as a church rat” to sitting on an estimated $2.3 billion net worth.

Parsons’ story is a fascinating one, a classic tale of American rags-to-riches success, but we are not sitting down today to discuss his past. We are here to discuss his future. Since stepping down as CEO of GoDaddy in 2011, Parsons has focused his attention on his many philanthropic efforts (including the non-profit he runs with his wife), and the myriad businesses that his umbrella corporation YAM Worldwide Inc. oversees. As for business, he only has time for what he is zealous about, which as he tells me is “motorcycles, technology, golf, and firearms.” Parsons believes that if you are passionate about what you do in business, “the money will follow.” And Parsons is really passionate about golf.

But one thing kept hindering Parsons’ passion — the belief that somewhere out there lay a better set of golf clubs. He was sick of hearing all of the inflated claims from different club manufacturers promising to improve your game. So with money a non-factor, Parsons set out on a mission to devise the ultimate set of golf clubs. He enlisted the help of former Ping engineer Mike Nicolette, and told him, “We’re gonna use the finest materials, we’re gonna use the finest processes, and unless I wanna hit these things, we’re not selling ‘em!” He continues, “The bar was, you only have one stipulation — and it’s not time, it’s not money; it’s ‘they’ve got to outperform everything…and they’ve got to be noticeably better’” And thus, Parsons Xtreme Golf (PXG) was born.

But the road to a better set of golf clubs was a long and strenuous one. “We found a guy who was a metals expert,” Parsons tells me, “we struck a deal with a manufacturer in China who does real highend stuff, stuff that is only possible to do there actually, and then we began our trial and error.” It was an arduous process, although the design team only had one person to please…Bob Parsons. “If I didn’t like it, I didn’t care who liked it, we weren’t gonna sell it!” he says. The first few prototypes didn’t come close to Parsons standards (“I wouldn’t even hit ‘em,” he tells me), and the design process drew on, with the costs mounting. But Parsons refused to abandon the project. He was determined to play the perfect set of golf clubs.

“Then one day the boys called me,” Parsons says, “and there was a breakthrough.” The minute he swung the clubs, he knew it. “It took many many refinements; whenever you make something new you run into problems you never dreamed you would have. Well we did that too, and we solved them all.” What they did was inject a thermo plastic elastomer, or TPE, into a hollow-bodied iron. After removing a significant amount of mass from the interior cavity of the iron, the team then inserted 11 high-density tungsten weights into the perimeter of the club head to optimize the CG position and produce longer, more consistent shots.

Or to put it in layman’s terms as only Parsons can: “Our advertising claim — and a lot of those claims are smoke, but ours is dead true — is: ‘It’s the most forgiving, it’s the highest-launching, it’s the longest-hitting, and it’s got a sweet spot the size of Texas!’” Today PXG has 90 patents filed (the fruits of their hard labor), and a set of clubs that truly must be played to be appreciated. Furthermore, they are beginning to offer a very-Jetset, all-inclusive PXG Experience wherein they put you up at the Four Seasons, custom fit a set of clubs for you, and arrange a one-of-a-kind, golf-filled weekend at Parsons’ magnificent Scottsdale National course.

Those I spoke to at PXG sounded convinced that they are on track to become Bob Parsons’ next billion-dollar business. But for him it’s not about the money. “I don’t really worry about making money going into anything, what I do is focus entirely on doing the job right,” Parsons says. “I try to do things that I like…things that really hold my interest…because when you love something, you’re gonna work a little harder at it.” He elaborates, “You can tell the difference between someone who really likes what they do and someone who’s just in it for a buck.” Whatever you think about Bob Parsons, you can’t deny that he likes what he does…and that he’s pretty damn good at it.